the most beautiful panoramic road on Lake Garda

Precisely because of its breathtaking view and the hairpin bends that climb the mountain with the image of the lake always in the background, it was used as a backdrop in the filming of the Quantum of Solace film of the agent 007 James Bond saga.

Tremosine sul Garda is a paradise to discover: take up the challenge!

It will remain in your heart! 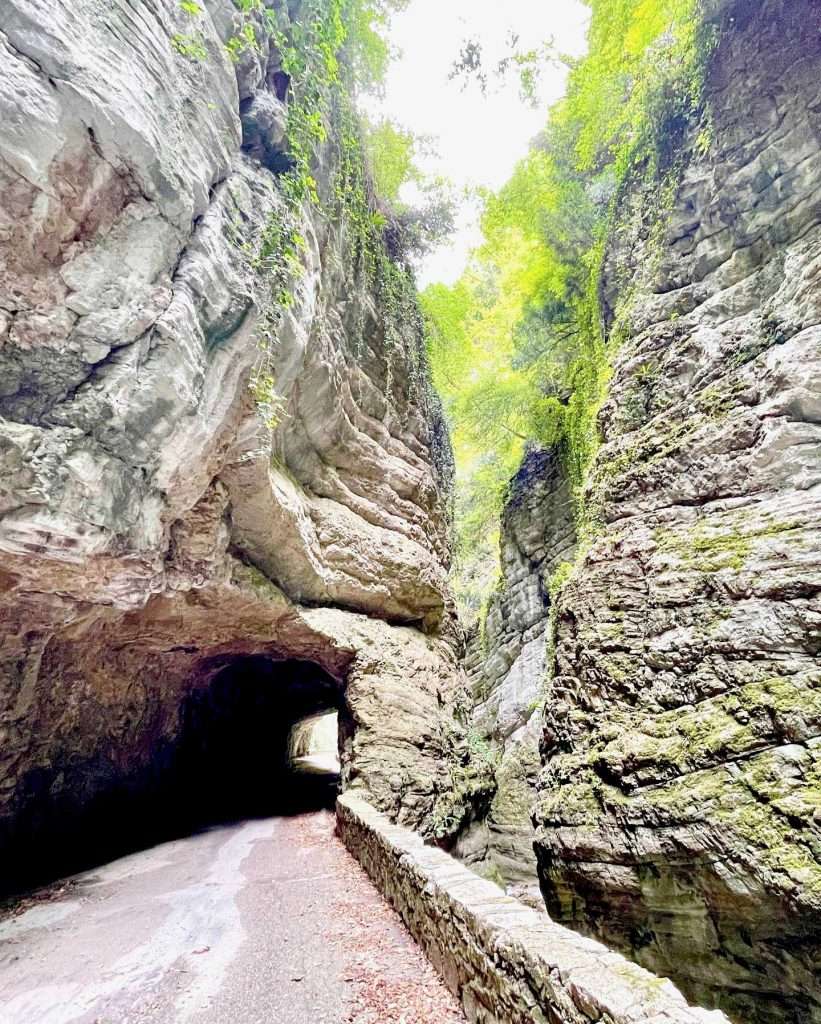 Where is Strada della Forra and how to reach it?

Strada della Forra is located in the Municipality of Tremosine sul Garda. It can be reached uphill starting from the Gardesana road or, downhill, from the village of Pieve. Pay attention to the travel instructions.

At the moment the practicability on the Strada della Forra is subject to the following rules (till 16 October) for every type of cars, motorcycles and bikes:
– from 7 to 10.00 and from 19.00 to 23.00 at the narrowest point, to avoid traffic jams, alternating one-way street regulated by traffic lights (about 3 minutes to wait);
– from 10.00 to 19.00 one way up from km 0 (intersection with Strada Gardesana) to km 3 (locality La Forra)
– restaurants on the road accessible 24 hours a day in both directions

Pro Loco Tremosine invites you to book your holidays without delay remaining available to provide further information on +39 0365 953185.

Strada della Forra is so called because it crosses the gorge (forra in italian) carved out by the Brasa stream.
Also known as “Porto-Pieve” road, it was designed by Arturo Cozzaglio from Tremosine (self-taught, engineer without a degree, hydrologist and geologist, creator of arduous works of construction science) and was built between 1908 and 1913.

Monsignor Giacomo Zanini and Don Michele Milesi (the latter, at that time, was also a municipal councilor) were promoters. They convinced Count Vincenzo Bettoni, then deputy, of the goodness of the undertaking, considered by many to be impossible. This one interested Giuseppe Zanardelli, head of the government. With a special law it was established that the government would finance half of the work, a quarter would be paid by the province and the rest by the municipality. The works began in 1908 and lasted over 4 years, with skilled workers in mine works coming mainly from Serle.
The chronicles tell that on May 18, 1913, the day of the inauguration, the road was traveled by cars and a huge number of people from all over the province. The correspondent for the Frankfurter Zeitung, who arrived on purpose from Germany, called it “the most beautiful road in the world”. Even today the SP38 (suggestive even in the evening thanks to the scenographic lighting in the narrowest point of the Forra) is considered one of the most spectacular routes in Italy.

Strada della Forra was the protagonist in the opening scene of “Quantum of Solace” with a breathtaking chase that saw the most famous secret agent in the world, the legendary James Bond, the 007 at the service of Her British Majesty, as protagonist .
The scenic charm and the breathtaking views of this road, which seems to be the gateway to Eden, have been chosen by two Hollywood giants such as Sony Pictures and Metro-Goldwyn Mayer, producing companies of the 22nd episode of the secret agent 007 saga portrayed by Daniel Craig.
Along its bends perched on the mountain overlooking the Garda, the breathtaking chase takes place between James Bond’s Aston Martin DBS and a Ford GT40, which will whiz at full speed dodging bullets and other passing cars, involving in their crazy race also some trucks, with a captivating outline of explosions and vehicles crashing along the rocky walls.

“Porto-Pieve road” climbs from Gardesana towards the green plateaus of Tremosine crossing the gorge of the Brasa stream, thus becomes the setting for a breathtaking chase starring the most famous secret agent in the world, the legendary James Bond. , 007 in the service of Her British Majesty. he is a true “star” of the small and big screen, but also of the printed media. In 2008 a daring chase of the film “The international” was staged along the Porto-Pieve, produced by the film giant Columbia Pictures, directed by Tom Tykwer. (the film will be in cinemas next October). Over the years, television commercials for the European market of prestigious car manufacturers such as BMW and Mercedes have been shot here, as well as advertising campaigns for Ferrari and more. The spot for the sports version of the Seat Leon was also shot here and the motorcyclist champion Loris Capirossi was the testimonial. The motorcyclists made this street their home setting off a succession of articles and road tests on the major newspapers specialized, such as Motociclismo and Due Ruote to name a few. Roberto Parodi, writer and multifaceted showman recorded the first episode of “Sali a Borgo” here, a journey on the road among the most beautiful villages in Italy. But the cyclists? They could not miss it and therefore the road becomes the host of the memorable Campagnolo spot. But the Strada della Forra is also an ideal location for music videos: Alessandra Amoroso shot here “Comunque Andare” while Frah Quintale shot “Due ali”.

Strada della Forra nominated for FAI 2022 Place of the Heart

The Places of the Heart (Luoghi del Cuore in italian) is a national campaign promoted by FAI in collaboration with Intesa Sanpaolo to sensitize the community on the value of Italian heritage.
2022 will see the census of Italian places not to be forgotten.
That’s why we need you, your help!

From the 12th of May till the 15th of December you can vote for your Places of the Heart. You will have more votes but only one will be worth for each place.

We kindly ask you to give us a vote for “La Strada della Forra”
which costs you nothing but for us it is worth everything!

The first 3 places in the ranking, and the winner of the special ranking,
will receive an economic contribution for a concrete project to be agreed with FAI.

What do think about? Do you want to be one of us?

Official video of “Strada della Forra”.
Video property is owned by PRO LOCO TREMOSINE.
All uses must be autorized ©2018ProLocoTremosine

How to travel along Strada della Forra

Strada della Forra is therefore a path to be discovered and admired that can be traveled in different ways.
Its length is 5.8 Km with a difference in height of about 200 meters, it starts from “Gardesana” road and reaches the hamlet of Pieve in the Municipality of Tremosine sul Garda. The instructions on how to travel the road according to the period are shown at the top of the site.
For more information you can contact Associazione Pro Loco Tremosine 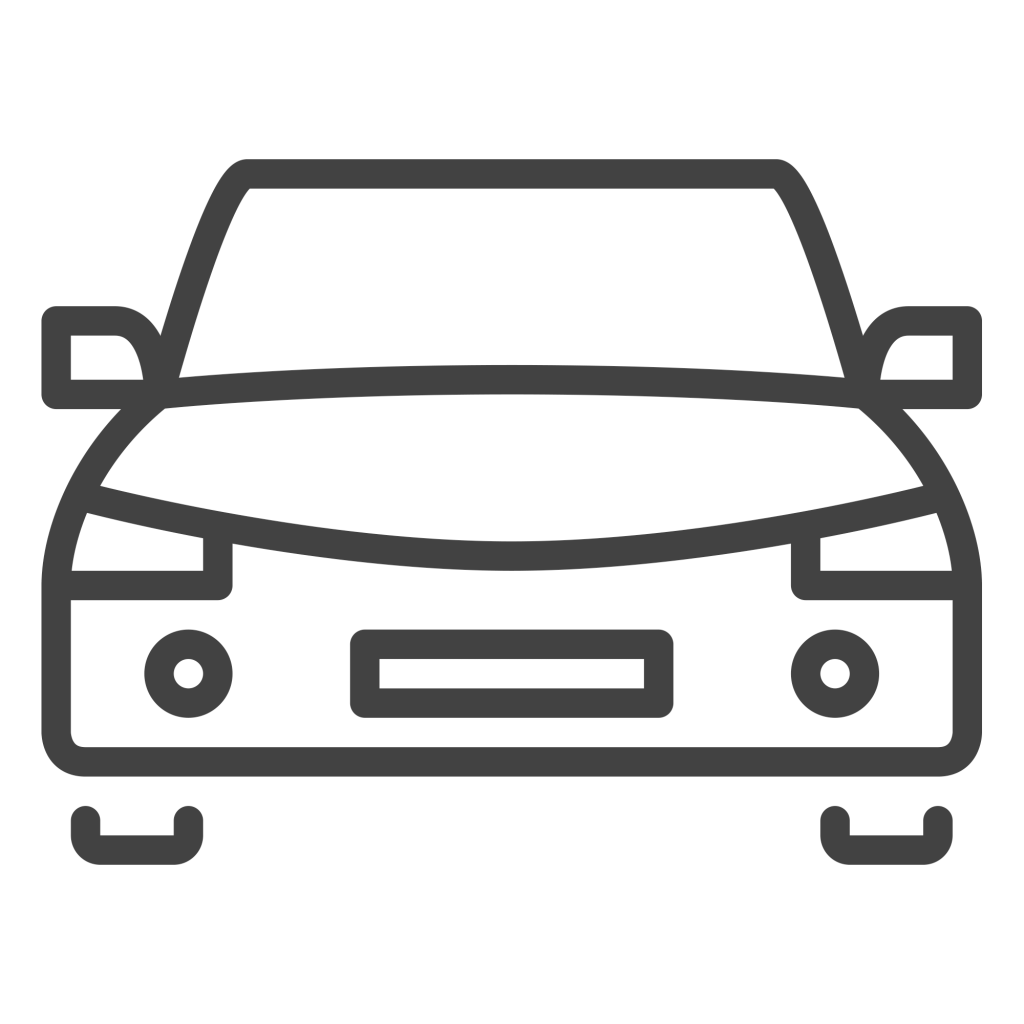 Strada della forra by motorbike and by car

The easiest way to travel the Forra road is certainly by motorbike or car. You may also feel a bit like James Bond, but please drive carefully!
Once you arrive at the Village of Pieve, belonging to the club of the “Most Beautiful Villages in Italy”, you can visit many iconic places such as the Scala Tonda, the various Terrazze del Brivido, etc. 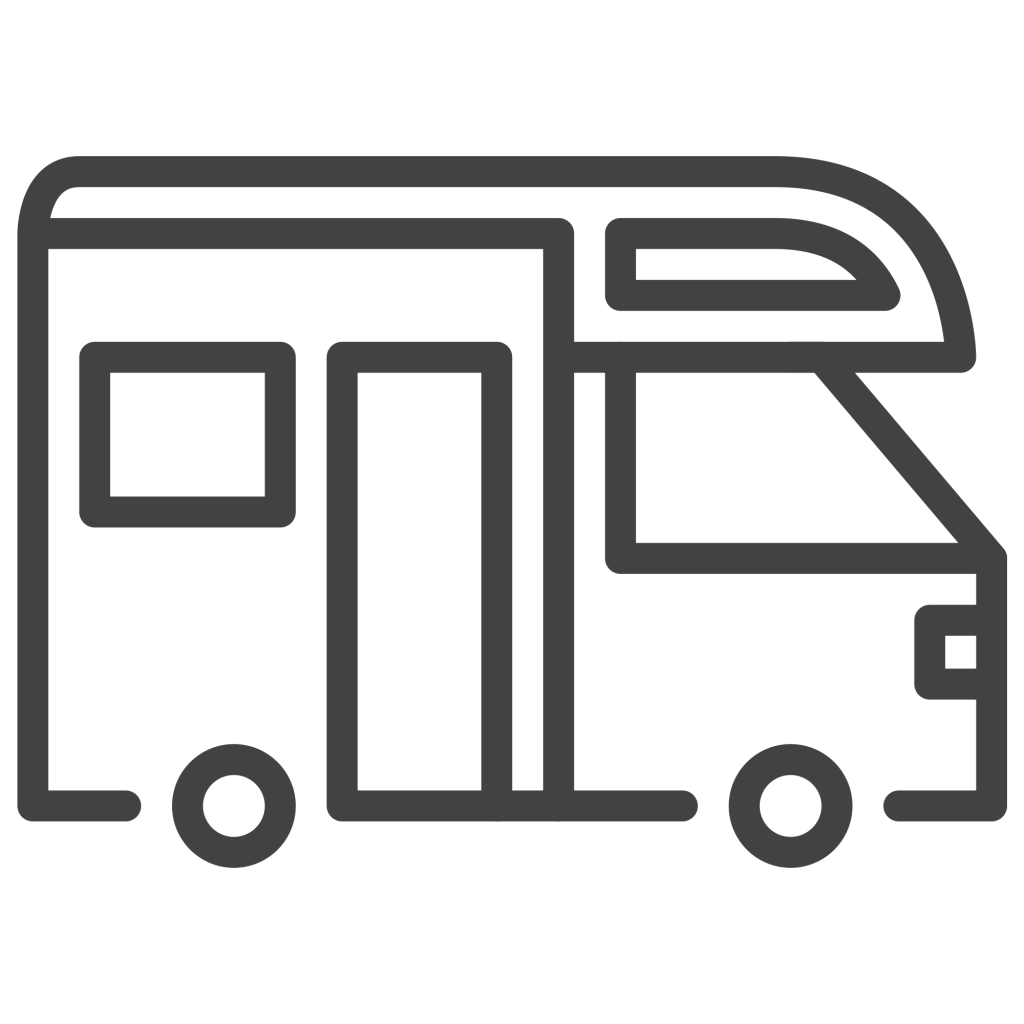 For those who want to enjoy the road in relaxation, there is the possibility of traveling along it in a camper, with a maximum height of 3 meters, bearing in mind that it is preferable to do that only when the one-way uphill is in operation.
We strongly advise to drive into the street during other periods.

Regular buses cross “Strada della Forra” according to different timetable varying by the season.
During the summer, a shuttle bus service is organized. It leaves from the village of Campione, crosses the road, and reaches Pieve and the upland.
Because of limited seats, and for more information, you can contact Pro Loco Tremosine at 0365.953185 or e-mail to info@infotremosine.com 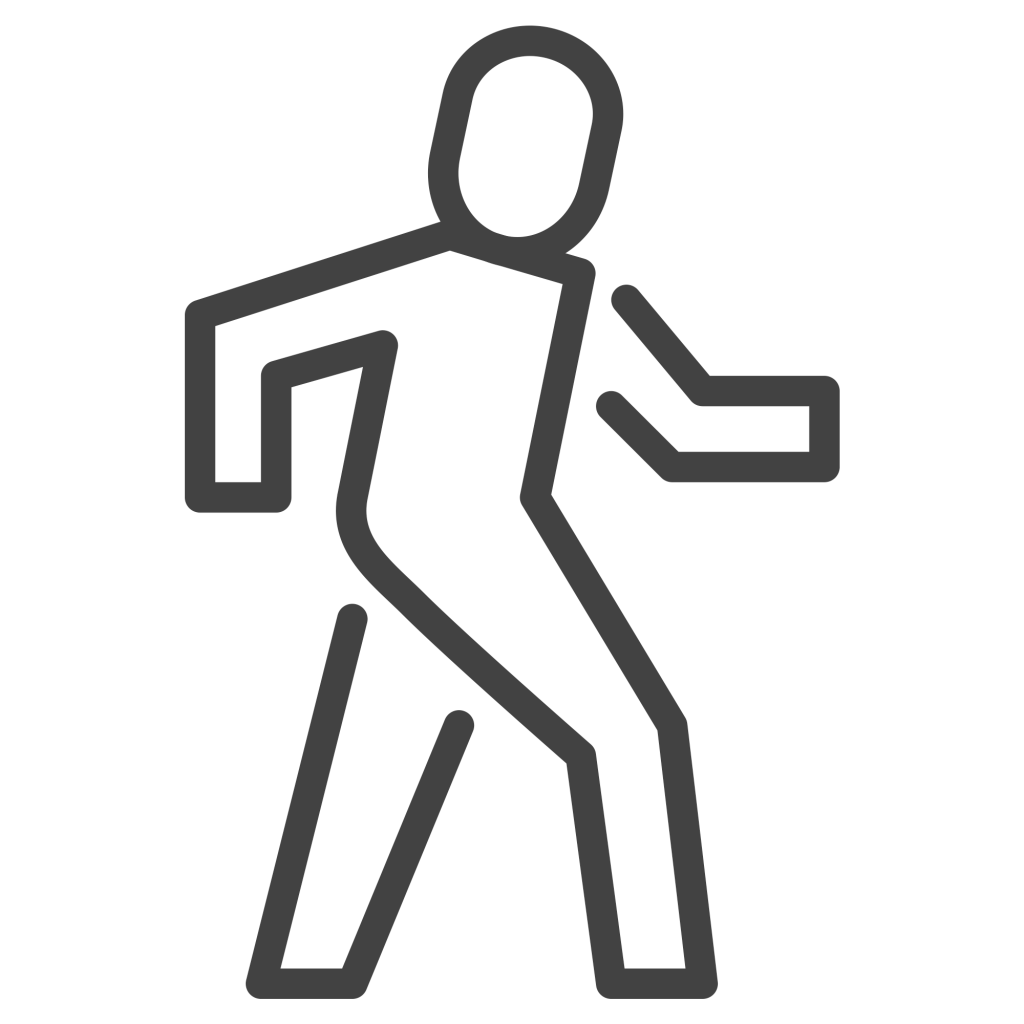 If you choose to walk along “Strada della Forra”, you can enjoy the breathtaking view and take advantage of the viewpoints to take some photos. Starting from Pieve you can descend along the old and steep path of the Port, in the past the only connection with the lake, alongside rocky walls with Mediterranean vegetation, to reach the “Strada della Forra”, imagined by the famous Ing. Cozzaglio, an incredible work especially for the era in which it was made. The grandeur of nature combined with human ingenuity will manifest itself in the gorge carved by the Brasa stream from which you will ascend to return to Pieve where you can admire the lake from its terraces again. The route has a first steep section with some exposures, not suitable for those suffering from vertigo.

And why not travel “Strada della Forra” by bicycle, mountain bike or with a new e-bike?
Even if uphill, the view and the clean air you breathe are absolutely worth it … and the effort!
In Tremosine sul Garda there are rental and recharge points that will suit your needs, discover them here

Discover other suggestions for excursions in Tremosine sul Garda Where to eat on Strada della Forra: hospitality and restaurants

It’s normal that after filling the eyes with so many beautiful things, the stomach also wants its part.

In Tremosine sul Garda there are many opportunities to taste local delicacies.